He earned a Bachelor of Science degree from the Philippine Military Academy, and a Postgraduate degree in Conflict Studies from the Naval Postgraduate School in Monterey, California. He is also a Fellow of the Institute for Corporate Directors, and holds certificates in strategic planning, defense resource economics, and project management.

Upon retirement from the active service, he joined the AFP General Insurance Corporation and was President and CEO of the AFP Mutual Benefit Association, Inc. from 2011 to 2013. Before his PhilHealth designation, he served briefly as Administrator of the Metropolitan Waterworks and Sewerage System.

He views his designation as President and Chief Executive Officer of PhilHealth as both a challenge and an honor for being singled out by President Duterte to "fix the organization and eliminate corruption" at this crucial period when the Universal Health Care Law is to be launched. The new PhilHealth Chief is confident that PhilHealth will quickly regain the public's trust and confidence who have been accustomed to the agency's brand of quality service.

"I will make it a point that our members will renew their trust on PhilHealth and to let them feel comfortable and contented in terms of (financial) access to quality health care, making them assured of their benefits in times of sickness and hospitalization," Morales declared with conviction.

As the Universal Health Care era is fast approaching, he expressed optimism that PhilHealth will rise to new heights, no matter how tough these challenges would be. (END) 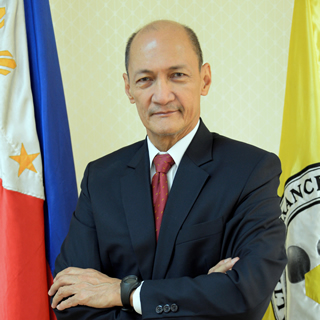