THE Philippine Health Insurance Corporation (PhilHealth) recently joined the 4th Sectoral Council Meeting of the Victims of Disaster and Calamities (VDC) under the National Anti-Poverty Commission (NAPC) to give updates on new policies, especially on the application of sufficient regularity of payment of premium contributions and premium adjustment. The meeting was held at Madison 101 Hotel in Manila.

One of the sectoral representatives poses a question on premium increase

De Leon stressed that the goal of UHC is 100 percent social health insurance coverage of the population, support value of 70 percent and the Universal Identification (ID) system for all members and dependents.

She added that PhilHealth covers 90 percent of the population and that in order to attain 100 percent coverage status, a joint circular from the Department of Budget and Management (DBM) was issued. This will help capture the remaining 10 percent under the Point-of-Service (POS) program through which the non-members need to register from the time that they were admitted/confined.

Collaboration with other agencies like the Bureau of Internal Revenue (BIR), Philippine Statistics Authority (PSA), Social Security System (SSS) and Government Service Insurance System (GSIS) was also initiated to see if all of their members are already PhilHealth members.

In terms of support value, De Leon said that PhilHealth covers 43 percent of the hospital bills on the average, and that the corporation is targeting to cover up to 70 percent of members hospitalization bill. In order to achieve this, we need to have fixed co-pay for non-indigents. That will regulate the maximum amount of out-of-pocket for each confinement, she said.

There is also a need for the program to remain sustainable for the next generation. We have to attain the financial sustainability, maximize the use of Sin Tax revenues and increase the subsidy of members under the NHTS and Senior Citizens from 2018 and beyond, De Leon added.

She also cited the need for PhilHealth to improve on its internal processes to boost collection efficiency as well as strengthen fraud detection among its stakeholders. 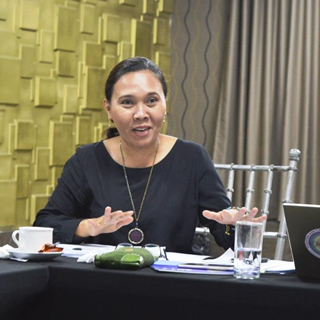