QUEZON CITY - A 30-year old single mother who is an inactive member of the Philippine Health Insurance Corporation (PhilHealth) recently availed herself of the social health insurance benefits without paying a single centavo after being hospitalized in a government facility in this city.

A mother of two, Jena Vanessa Castañas was diagnosed with obstructive jaundice and has undergone open cholecystectomy and removal of gallbladder at the East Avenue Medical Center on April 26, 2018.

In an interview, Linda Gonzales who is Jenas mother and who used to process all her hospital requirements during her confinement said that they were initially denied of PhilHealth benefits because of a gap in premium contribution.

My daughter failed to continuously pay for her PhilHealth contributions because she is unemployed. I am the only one who is assisting her in her financial needs, as well as the kids, Gonzales said. I was disappointed upon hearing that my daughter cannot avail of her benefits because she was not able to fulfill the minimum payment requirements of PhilHealth, Gonzales added.

Being a single mother raising two children, Jena faced financial difficulty due to unemployment. Having no source of income, she failed to continuously pay her premium contributions and even struggled to provide for her familys daily needs.

Jena is among the 1.03 million members of PhilHealth belonging to the informal economy who solely pay their premium contributions to the program.

Based on PhilHealths policy, a member should have at least three (3) monthly contributions within the immediate six months prior to the first day of confinement in order to avail of the benefits.

According to the PhilHealth Customer Assistance, Relations and Empowerment Staff (PCARES) stationed at the hospital, Gonzales went to her post and asked for help in order to avail of the benefits given that her daughter had no qualifying contributions.

The PCARES immediately referred Gonzales to the Social Services Department (SSD) for interview and evaluation. She was then provided with a certification which stated that Jena is financially incapable of paying her PhilHealth contributions and is qualified for the Point of Service program.

It was through the POS that Jena was able to avail herself of the benefits.

The POS is a mechanism provided for in the 2018 General Appropriations Act (GAA) to help those that have remained unregistered to PhilHealth and are financially incapable to pay for their premiums. It also targets existing but inactive members who are similarly situated.

The program aims to address the gaps in coverage particularly the incapable Filipinos to ensure that no Filipino especially the poor will leave the hospital without availing themselves of the benefits of social health insurance.

Through the POS we are able to capture all those who are not yet registered with PhilHealth especially poor individuals or families who are immediately seeking medical care in government hospitals, PhilHealth Acting President and CEO Dr. Roy B. Ferrer said.

Ferrer expressed appreciation for the governments support to ensure membership coverage by providing the needed budgetary support for the medical needs of Filipinos.

In order to qualify for the POS, a patient will be assessed by the Medical Social Welfare Officer (MSWO) or the Social Welfare Development Officer (SWDO) assigned in the government hospitals or facilities.

The POS program of PhilHealth is now being implemented and carried out in accredited public hospitals nationwide.

Like Jena, patients who are enrolled under the POS are eligible to avail themselves of PhilHealths inpatient and outpatient benefits under All Case Rates, Z benefit packages, and the No Balance Billing (NBB) policy in all government hospitals or facilities.

The NBB or the Walang Dagdag Bayad guarantees qualified members that they will no longer pay a single centavo beyond what PhilHealth pays for when admitted in ward-type accommodation in public hospitals.

Jena was discharged from the hospital two (2) days after her operation, without shelling out a single centavo for the whole duration of her confinement. All the drugs and medicines that she used and the laboratory fees that she spent for have all been covered under the NBB.

The NBB is also being granted to PhilHealth indigent, sponsored, lifetime, senior citizens and Kasambahay members.

Meanwhile, the POS may be allowed in private facilities for as long as the conditions set by PhilHealth are met such as an appropriate referral from a government facility.

I was surprised and very delighted upon hearing that we no longer need to pay anything and we can now finally go home. Nakataas noo akong nakalabas ng ospital, and I am proud to say at sabihin sa lahat na wala kaming ginastos!, a satisfied Gonzalez uttered.

According to Gonzales, when unexpected medical emergencies arise, the very thing a qualified member has in mind is to be able to avail oneself of the benefits that PhilHealth offers. 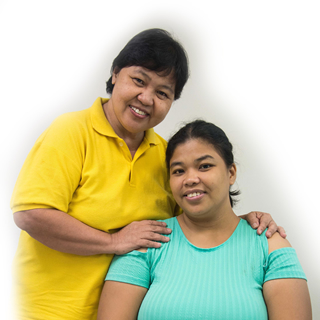