THE Civil Service Commission (CSC) has recently conferred the Seal of Excellence Award (SEA) Hall of Famer to the Philippine Health Insurance Corporation (PhilHealth) for earning the most number of SEA from 2010 to 2016.

The PhilHealth received a total of 67 SEA, while the Government Service Insurance System (GSIS) earned 53, and the Land Bank of the Philippines (LBP) had 24 SEA.

The SEA is conferred on service offices that garnered an excellent rating in the Anti-Red Tape Act (ARTA) Report Card Survey (RCS) through a mystery client validation, and have passed the second-phase validation.

The recognition was given during the 10th anniversary of the ARTA of 2007 or Republic Act No. 9485 dubbed as ARTAnized: An ARTA Dekada Celebration, was organized by the CSC. The awarding ceremony was held last January 22, 2018 at the Seda Hotel in Quezon City.

PhilHealth was also recognized as one of the Frontline Service Champions or leading National Government Agencies (NGAs) in terms of combined performance in the sub-components of the Integrated Anti-Red Tape Act (ARTA) Program.

Government agencies that received the Frontline Service Champions Award must have been surveyed under the ARTA RCS for at least three years between 2010 to 2017, and must have garnered the highest agency rating among surveyed NGAs. They must also have 100 percent resolution rate of all concerns referred to them by the Contact Center ng Bayan (CCB) from 2012 to 2016, and should not have lower than 85 percent resolution rate of CCB referrals in 2017.

In a video-taped message aired during the event, De la Serna assured the CSC of PhilHealths continued commitment to exemplary frontline service. She also stressed the organizations resolve to pursue more innovative approaches to achieve total customer delight. As we join the CSC in celebrating a decade that highlights streamlined processes, more channels were made accessible for feedback and complaints and regular monitoring of service quality. We also developed and strengthened multi-sectoral partnerships, all of which have contributed to the improvement of government frontline service delivery to serve the Filipino in utmost commitment and integrity, she said. (END) (By Nadine B. Navarro) 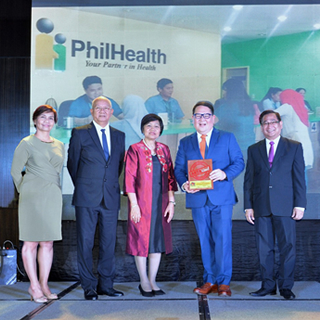