THE Philippine Health Insurance Corporation (PhilHealth) has dispelled the allegation of a hospital organization that some of its member-hospitals are on the brink of shutting down operations due to delayed reimbursement of PhilHealth claims.

As of June 25, 2018, the claims status of 62 private health care institutions found in the list provided by Dr. Rustico Jimenez, President of the Private Hospitals Association of the Philippines, Inc. (PHAPI) have been verified and out of the 1.765 million claims received from these hospitals, 90.12 percent have already been paid.

In addition, one of the community hospitals in Quezon Province which was said to be closing down was in fact preparing for expansion. At the same time, the hospitals pending claims with PhilHealth are very minimal, and all of these claims are being processed.

Taking the members best interest in mind, PhilHealth Management has approved the hiring of an additional 206 project-based employees to speed up encoding functions. All of these encoders are now being deployed to Regional Offices that urgently need help in claims processing.

It has also created the Health Insurance Data Analytics Committee (HIDAC) for the conduct of preliminary analysis of benefit payments and collections to understand the extent of its operational and financial challenges and its underlying root causes.

The state health insurer has also sustained dialogues with PHAPI to reconcile their respective books and created a portal through which health care institutions (HCIs) may seek updates on their records.

To further keep its partner-HCIs updated, PhilHealth has initiated an email blast through the HCIs official email accounts. These regular email reports contain information on the status of claims paid, those that are still for payment, claims that are pending, denied and returned to them. Through this initiative, PhilHealth hopes to facilitate the reconciliation of its records with those of its providers.

The state-run insurer also called on the public to continuously be vigilant in its fight against health insurance fraud, emphasizing that it is doing its best to curb all types of irregularities that may affect the stability of the National Health Insurance Fund. It also cautioned its members against unscrupulous health care providers, adding that irregular or uncommon incidents may be reported to the nearest PhilHealth office, or through PhilHealths 24/7 Corporate Action Center Hotline, (02) 441-7442. (END) 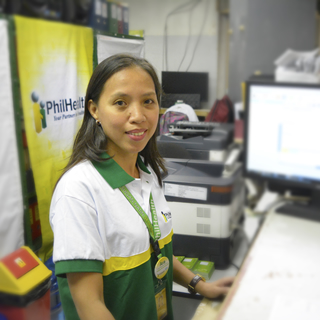