PhilHealth Guarantees Not One Filipino Should Be Left Behind July 11, 2018

THE state health insurance agency is leaving no stones unturned as it renews its commitment to providing all Filipinos with adequate financial access to health care, a right that is provided for in Republic Act 7875, as amended, but in the not-so- distant past was enjoyed only by those who have the financial capacity to avail of.

The war on population coverage is already won, judging by the way health care is now accessed especially by the poor PhilHealths new Acting PCEO Dr. Roy B. Ferrer said. We no longer worry about our marginalized fellowmen getting discouraged to see a doctor because PhilHealth has empowered them to decide right away. he added.

PhilHealths population coverage at the end of 2017 is at a staggering 97 million or 93 percent of the projected 2017 population of 104 million,but the Governments abiding support essentially ended all doubts about the programs ability to reach all Filipinos far and wide.

Help when and where it should matter:

PhilHealths Point-of-Service program (POS), considered a cutting-edge government policy,ensures that everyone who enters a hospital will get the treatment that they need and will be paid for by social health insurance.

Introduced through the General Appropriations Act of 2018, the POS aims to capture those that are not yet covered by the program by providing PhilHealth coverage for the financially incapable upon satisfying a set of criteria; and even for existing financially capable members through a mechanism that allows them to reinstate their eligibility upon admission. For this year, Congress bankrolled the POS with an appropriation of P3 billion through the GAA.

The POS makes it possible for the financially incapable to avail of health insurance where it matters most, that is, when a health situation occurs and a family decides to seek treatment despite the financial constraints blocking their way to the hospital. Ferrer explained of the usual scenario in economically challenged sectors of the society, adding that it is truly a game changer.

Back to back with the POS is an already existing policy that cemented the Governments resolve to alleviate if not to completely uplift the poors financial disposition in life.

The No Balance Billing (NBB) policy enables the vulnerable sectors of the program such as the poor and the elderly to pay no more in excess of their PhilHealth coverage when confined in government facilities. Popularly known as Walang Dagdag Bayad, the NBB sets as a condition that no direct medical expense shall be exacted from the patient for the duration of the confinement, which in effect makes treatment and care entirely free for the beneficiaries.

In the process, the NBB also helps public-run facilities to improve its internal systems that ensure continuity in inputs and supply as their attention is called for in instances where they charge patients for a specific component, or when they ask them to buy medicines or supplies outside due to unavailability in the hospital pharmacy. Countless members and patients have acknowledged the role of the NBB in preventing them from incurring debts that would have otherwise easily mounted had the Government not intervened through this policy.

As an added measure to completely be of relevance especially to the needy, PhilHealth has recently partnered with the Departments of Health (DOH) and Social Welfare and Development (DSWD), the Philippine Charity Sweepstakes Office (PCSO) and Philippine Amusement and Gaming Corporation (PAGCor) to rally for a more rationalized access to health care funds.

Recently, the public has been hearing of Malasakit Centers being set up in accredited government hospitals to cater to indigent patients in service accommodations. The move aims to streamline the availment of various funding support through the Malasakit Centers where needed financial assistance for direct medical costs are extended by the PCSO and the DOH Medical Assistance for Indigent Program, as well as for indirect costs such as transportation expenses through the DSWD.

PhilHealth a model for inclusiveness:

Truth is, PhilHealth has been in the business of game changing reforms that level the playing field so that both the financially capable and those that are not get equal access in terms of health insurance coverage, and more importantly in terms of equal treatment.

Ferrer explained that PhilHealth has a particular bias for the poor and the underprivileged, but it does not leave out the financially capable and the moneyed just so they have the capacity to avail themselves of health care. He emphasized that even the rich can be reduced to impoverishment if a dreaded disease or a mishap come their way.

Hence, not one Filipino, regardless of their station in life, should be left behind. The state health insurer is making it a point that financial protection against costly treatments is a basic need of and therefore should be afforded to all.

In a recent decision by its Board of Directors, Senior Citizens-members and those employed members in the public and private sectors including the police and military will soon enjoy access a package of essential services from health centers, rural health units and other capable facilities that will be accredited by PhilHealth for the purpose.

The inclusion of employed and senior citizens, currently with a combined total of 37.3 million beneficiaries,is in response to a clamor for preventive care, a benefit that does not require members or their qualified dependents to be sick or to go on confinement just to avail of their PhilHealth coverage. The move is seen as cost-effective in the longer term by helping patients to detect illnesses at the earliest of symptoms, prompting early treatment, and preventing complex and costly interventions later on.

The package consists of health screening and assessment, consultation, diagnostics and laboratory procedures such as complete blood count, urinalysis, fecalysis, lipid profile, fasting blood sugar, chest X-ray, sputum microscopy, Oral Glucose Tolerance Test, Papsmear/VIA and ECG; and a complete dose of medicines for disease conditions that include Acute Gastroenteritis, Urinary Tract Infection, Upper Respiratory Tract Infection, low risk pneumonia, asthma, hypertension, and diabetes. These medicines include amoxicillin, co-amoxiclav, co-trimoxazole, erythromycin, ofloxacin, amlodipine, enalapril, metoprolol, among others, and will be made available to beneficiaries in government or private PCB providers, both for the initial and follow-up stages, with a very minimal share of the cost.

Once implemented, at least 70 percent of the Philippine population will benefit from the said outpatient primary care benefit without having to pay additional premium contributions to the program. With such a move, the Philippines will no longer hear of a fellow Filipino who died without seeing a doctor in their lifetime.

There also is an ongoing review of its case rate system, particularly on the appropriate levels of support that it should provide the members with. As this happens, PhilHealth is gearing towards adopting the Diagnostic Related Groups or DRGs as a primary mode of paying its health care providers. The DRG is expected to further rationalize provider payments based on the economic severity of an illness or condition being claimed for.

But aside from the supply side, PhilHealth also needs to strike a balance in the payment equation by ensuring that patients do not suffer from the unintended inflationary effect of improved level of payments. Hence, the idea of a fixed co-payment is also being vigorously pursued so that patients are properly shielded from unwarranted fees and charges by their hospitals and attending doctors.

The fixed co-payment scheme eliminates the anxiety that every patient has each time they check their hospital bills. It immediately informs them of the amount that they ought to put up in advance, if there is any, thereby eliminating unnecessary stress and animosity at the point of discharge.

And if a qualified patient is in a public facility, the NBB will make it even more a pleasant surprise. (END) (Rey T. Baleña) 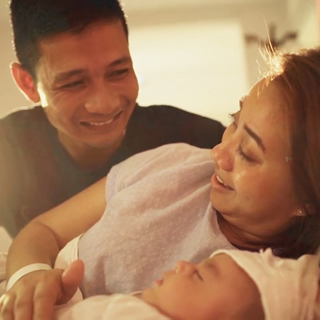