Philippine Health Insurance Corporation (PhilHealth) Acting President and Chief Executive Officer Dr. Roy B. Ferrer denied in strongest terms the allegations of graft, abuse of authority, and dishonesty which were reportedly contained in a complaint which he himself has yet to receive. The complainants are some 12 PhilHealth employees all of PhilHealth Regional Office XI except for one who is from CARAGA region.

These charges are fueled by misguided retribution because of the organizational reforms I have initiated to improve PhilHealth's overall performance. Unfortunately, these reforms did not sit well with a few who resist change, Ferrer asserted. We will prove, time and again, that our mandate is bigger than the whims of people whose vision is blinded by misplaced ambition and greed.

The complainants linked the alleged P4.7-B loss in 2017 to his performance as chief of the state agency despite being appointed only last June. We have just finished reconciling claims paid in 2018 but incurred in 2017 and the numbers showed gains of as much as P500-M instead of a loss. We already submitted this matter to the Commission on Audit and Bureau of Treasury for validation and concurrence." he explained.

It was further alleged that Ferrer continued to claim for professional fees even after his appointment as PhilHealth chief on June 5, 2018. However, records show that his last claim for services rendered was for a patient admitted on June 3, 2018 or two days prior to his assumption as Acting PCEO.

He revealed that he even received compensation just recently for a claim that he filed as far back as September 2016. I received the payment just last September (2018) for an admission that happened two years ago. I find the timing suspicious since the Regional Vice President for Region XI in Davao City has been very vocal about his opposition of the recent wave of movements among senior officers. He was suspended for a number of administrative cases because of serious and grave offenses, he said, adding that the said official is answerable for such an extreme delay in the processing and payment of the said claim.

I welcome inquiries into these allegations and offer my full cooperation all in view of dismissing these claims which are baseless. Bring it on. I have nothing to hide. Ferrer declared, adding that those undermining his leadership and his ability to effect positive changes are basically undermining the various gains of PhilHealth as an institution.

"Let me assure all PhilHealth members that their program is in safe hands and that these unfortunate development shall not hinder us from making Universal Health Care into reality." Ferrer assured. END 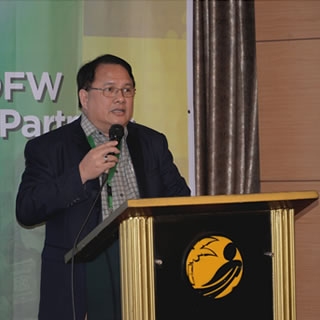