The LHIO Abra obtained an Excellent rating result of 91.11%, while LHIO Baguio got its final numerical rating of 94.03%. Out of 14 agencies that were rated excellent in the entire Cordillera, half or seven (7) are PhilHealth Offices that included six (6) LHIOs and one (1) PhilHealth Business Center of PRO-CAR. Of the seven (7), only LHIOs Abra and Baguio City passed the two-phase validation process and garnered 45 points in the mystery-client validation report, thus the Five-Star Seal of Excellence Awards.

The regular and continuing activity of the CSC is a by-product of Republic Act 9485 known as the Anti-Red Tape Act of 2007 which mandates all government offices including Local Government Units (LGUs) and Government-Owned and Controlled Corporations (GOCCs) that provide frontline services to improve their competence in the provision of public service. It focuses on eliminating, if not, lessening bureaucratic red tape, as well as on impressing measures to prevent graft and corruption in the government.

Aside from the glass seal conferred to the said LHIOs, each Office also received P100,000.00 intended to pursue undertakings that will foster and boost client delight in the continuous delivery of services.

PRO-CARs Regional Vice President Atty. Jerry F. Ibay expressed his appreciation for this added triumph of the LHIOs, as he underscored that the achievement must serve as motivation to all PRO-CAR staff in the pursuit of genuine public service. Such recognition brings humility in us and reminds everyone in PRO-CAR of the integrity, commitment, and dedication to our craft with the end-goal of providing that peace of mind duly deserved by our members and clients. Because with PhilHealth, we secure, we cover, and we protect, Ibay concluded. (Lala Manzano, PRO-CAR) 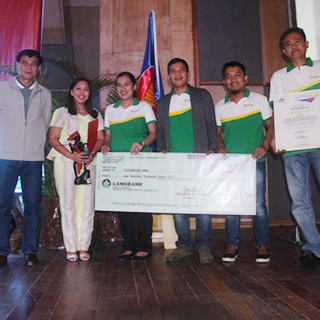