TRUE to its mandate of providing fast, efficient and first-rate frontline services to its members, 22 Local Health Insurance Offices (LHIO) and one (1) Regional Office of the Philippine Health Insurance Corporation (PhilHealth) were recognized for exemplary frontline services by the Civil Service Commission (CSC). These offices were conferred with the most coveted Citizen's Satisfaction Center-Seal of Excellence Award (CSC-SEA) in the first quarter of 2017.

Conferred with the CSC-SEA Five Stars Award were LHIOs Mandaluyong and Manila in the National Capital Region (NCR); LHIOs Bengued in Abra and Baguio City in the Cordillera Autonomous Region; LHIO Ilagan in Isabela; LHIO Tanauan in Batangas; Business Center Calbayog in Samar; and LHIO Parang in Maguindanao. The PhilHealth Regional Office XI in Davao City was also recognized in this category. Each office received a wall-mountable plaque bearing the Seal of Excellence citation and a cash reward of Php 100,000.00

Also given the CSC-SEA Three Stars Award were LHIO Cauayan in Isabela; LHIO Iloilo City; and LHIO Catbalogan in Samar. These LHIOs each received a wall-mountable plaque.

The CSC-SEA is given by the CSC to government service offices that have demonstrated exemplary frontline service delivery. (Pinky G. Aragones) 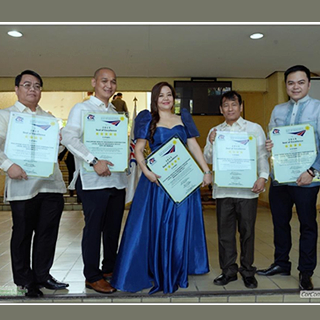