At its 21st Anniversary celebration held at Chardonnay by Astoria in Pasig City, PhilHealth formally announced the Expanded Z MORPH which is a special benefit for the fitting of upper limb prostheses, orthoses and orthoprostheses.

Based on our assessment of the Z MORPH package and on a series of consultative meetings and dialogues with our stakeholders, our current coverage of P15,000.00 per lower limb is enough. However, there are still some services that need to be included such as physical therapy, other levels of amputation, and orthoses, thus we are expanding the package now, said PhilHealth President and Chief Executive Officer Alexander A. Padilla.

The move to expand the package inclusions is in support of the United Nations Convention on the Rights of Persons with Disabilities and Rights of the Child wherein 21 countries, including the Philippines, are signatories to the APEC Global Friends of Disability. The collaboration envisions persons with disabilities as active participants in and contributors to their respective economies through education, inclusion and participation.

According to the World Health Organization (WHO), people with disabilities have the same general health care needs as others, but they are twice as likely to find health care providers skills and facilities inadequate. They are also three times as likely to be denied health care as the general population, and twice as likely to suffer catastrophic health expenditures. We recognize the full and equal enjoyment of human rights by persons with disabilities, hence PhilHealth shall ensure protection of their inherent dignity through prosthetic, orthotic and orthoprosthetic devices that are safe, available and of the right quality, Padilla said

On the other hand, coverage for Van Ness rotationplasty is P85,000.00 while coverage for ankle-foot orthoprostheses is P35,000.00. 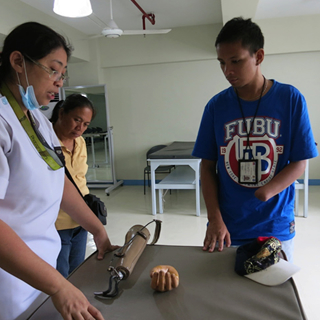